HomeUncategorized Are Sleeping Pods In The Office A Good Idea?

Are Sleeping Pods In The Office A Good Idea?

Are Sleeping Pods In The Office A Good Idea? 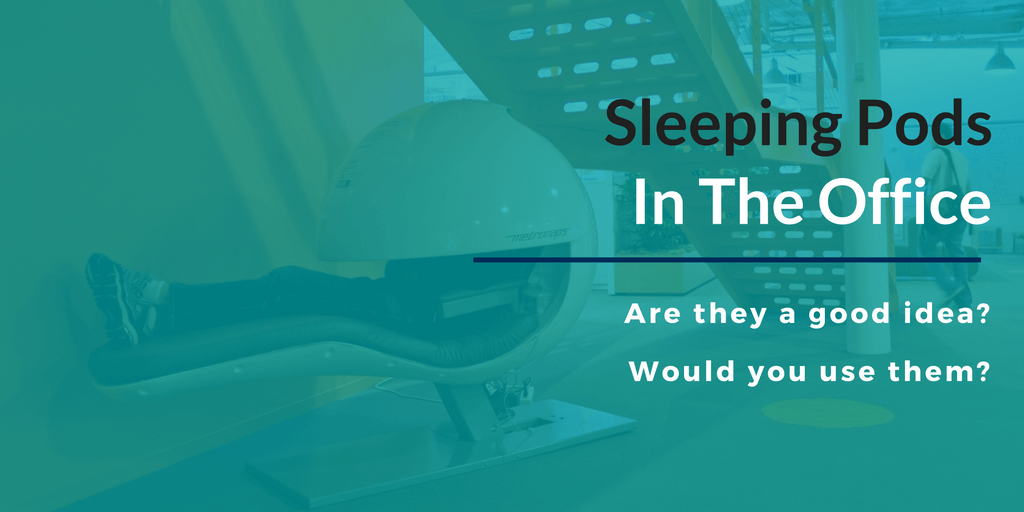 No, this isn’t a joke. Sleeiping pods in the office are becoming more and more common,  allowing staff to take a power-nap and boost their productivity.

All employers have the right to expect their staff to arrive for work ready to complete the day ahead. Sometimes life gets in the way, however, and this can’t always be helped. Also, not all staff work 9-5 and a bit of downtime mid-shift might be necessary.

The idea of offering sleeping pods in the office is a great way to cater for an  employee’s needs. They’re also great for giving staff a chance to catch some peaceful shut-eye before a long commute home. And, all jokes aside, that’s literally a lifesaver for many long-distance-commuters.

It might be no surprise to learn that Google was one of the first offices to publicly promote the fact that they offer sleeping pods in their offices for staff to use. HubSpot, a marketing software company, even has a dedicated “nap room” at their HQ.

The benefits of a quick nap are well established; a refreshed mental state, a more easily focused mind and the ability to mentally process things more effectively. This translates into a more productive employee who is more likely to make the correct decisions and produce the highest standard of work.

From a more cold-hearted point of view, providing staff with the opportunity to recharge their batteries at the office gives them no excuse for poor performance due to fatigue (be it from long-hours or a tiring commute).

A very unscientific straw poll we undertook gave the results that most people would feel “a bit weird” about using a sleep pod whilst in the office. This was mainly down to feeling bad about taking a nap whilst colleagues are still working.

But if this was an established norm in the office, would people feel differently?

The Sleeping Pods Available For Offices

There’s a growing industry for producing these kind of pods and at least a couple of different styles available.

podtime produce a large, wholly enclosed range of pods which look like something from the International Space Station crossed with an MRI scanner. They also look more geared towards being used in a hostel.

Another option, as installed at Google’s HQ, is the MetroNaps ‘Energy Pod’ is more suited to short-term napping. It also includes some handy features to make sure you don’t end up getting your full 8 hours on company time: timed waking via ambient music and lighting. The pod also has a privacy hood and well-chosen ergonomic features.

The privacy hood is also a good idea to allow private individual working – a feature lacking from the vast majority of contemporary open-plan offices.

Would you be comfortable using a sleeping pod in the office? Let us know in the comments below.